A scheme launched by Birkenhead-based social enterprise HYPE Merseyside during the pandemic is celebrating recycling and distributing more than 5,000 bikes into the local community. 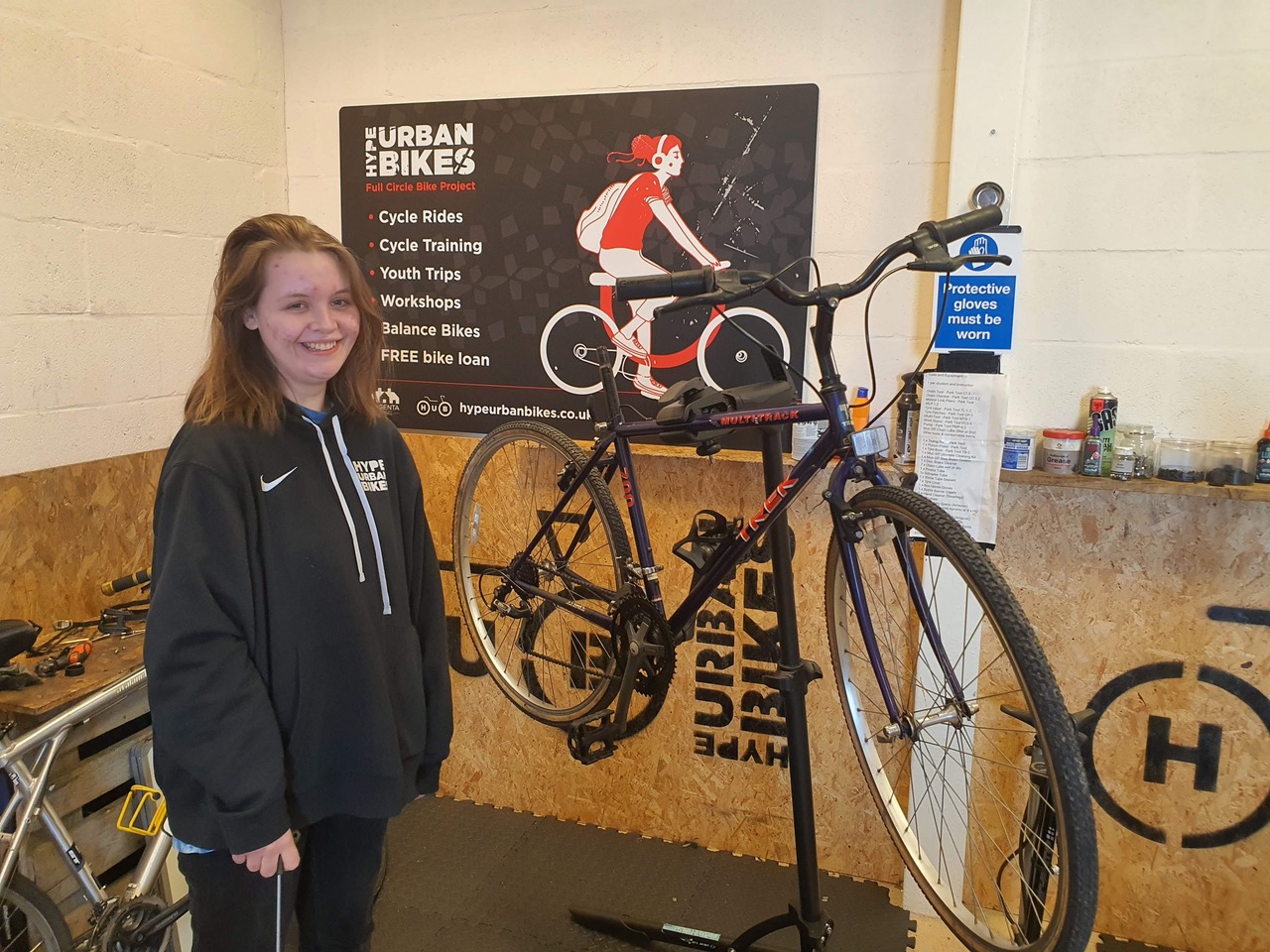 As HYPE Urban Bikes celebrates this landmark, it is also calling out to the public for donations of any unwanted bikes – in any condition – to meet continuing high demand for bikes, especially as the cost of living crisis continues to affect many households.

The scheme relies on donations of unwanted bikes from the public, as well as partnerships with companies including Merseyrail, Veolia and Merseyside Recycling and Waste Authority, who provide the scheme with bikes left unclaimed at Merseyrail stations and those taken to local recycling centres for disposal.

HYPE Urban Bikes launched in April 2020, initially providing recycled and refurbished bikes to NHS and key workers during the first COVID-19 lockdown. The scheme was born out of HYPE Merseyside’s bike loan project, which launched in 2017 with the aim of making cycling more accessible to everyone, particularly young people from marginalised or deprived backgrounds.

Since 2017, the organisation has supported 5,500 people with bikes, 4,000 of those via the HYPE Urban Bikes scheme. The initiative promotes environmentally conscious travel and a way to improve health and wellbeing, its mechanics upcycling bikes to donate or sell at affordable prices, as well as loan to commuters. The success of the scheme was recently recognised at the Echo Environment Awards, where it won the Healthy Living Award.

One beneficiary of these training schemes is Jade, who received funded mechanic training from the team at HYPE Urban Bikes. She has now worked on more than 200 bikes and is a fully-qualified Cyctech Level 2 Bike mechanic.

Jade said: “The support from HYPE Urban Bikes has given me confidence to learn more and be part of a team, it’s great to see the people we help daily. If I were to sum up my experience in three words so far it would be educational, progressive and rewarding.”

Speaking of the scheme, Matthew Houghton from HYPE Merseyside, said: “​We are incredibly proud of the HYPE Urban Bikes scheme, which has helped us to get thousands more people cycling across our region, in particular those who might not have otherwise found cycling an accessible option.

“We are incredibly grateful for the generous donations we have received from the public and also the support of partners like Veolia and Merseyrail. To have helped 5,500 people get into cycling is amazing, but we want to do more, so if you need a bike, need help with repairs or want to donate, please get in touch.”

Steve Mitchell, Regional Director at Veolia, said: “Veolia is committed to supporting the communities we work in and we are really proud to be working in partnership with HYPE. We would like to congratulate the team at HYPE on the positive impact of the scheme through the reuse of unwanted bikes to give them a new lease of life.”

Andy Heath, Managing Director of Merseyrail, said: “We are delighted to have played a leading role in helping people across the Liverpool City Region become more active, healthy and mobile all while being increasingly environmentally friendly.

“Merseyrail take our responsibility of being a more sustainable business seriously, and that is why supporting HYPE Merseyside has been such a natural and rewarding role for us to provide.”