The importance of a wider area of interest than just Liverpool as a core city was already a topic of discussion in the 1930s.  For instance, the opening of the Mersey Tunnel, ‘Queensway’ in 1934 had prompted new thinking about the transport connections between south west Lancashire and Wirral and north-west Cheshire. At the University of Liverpool, the Department of Social Science had published a series of reports on migration, poverty, local government and public assistance in the wider area and the great three volume Social Survey of Merseyside edited by D Caradog Jones. The University Press of Liverpool had established a ‘New Merseyside Series’ to develop the theme, including, a survey of town planning schemes by Professor Holford and W Arthur Eden, one of his lecturers, published in 1937. They recommended the establishment of a “Merseyside County Council” and the protection from development of 50 square miles of open space in the new county area [what might be called a green belt these days].

This interest in the relevance of a wider area than just the city of Liverpool extended to the voluntary sector in the area and Reg Poole, who wrote a 50th anniversary history of the Liverpool Council of Social Service, gives an interesting perspective on the origins of MCS.

‘From 1934,’ he wrote,’ the … LCSS … [founded in 1909/10 as the Liverpool Council of Voluntary Aid] had begun to look at widening its area of operations.  A bequest that year from A R Marshall established the Merseyside Charities Fund, to be administered outside Liverpool, on the same basis as the Liverpool Fund. Thereafter the possibility of extending the Council’s constituency and establishing it as the Merseyside Council of Social Service became real, and … [the fertile] administrative mind [of the Council’s Secretary, H C Jackson] soon produced a scheme’ (Poole, 1960, 60-1).  ‘Changes were subsequently made to the LCSS constitution in 1937 with membership of the Executive Committee being extended to include representatives from Bootle, Birkenhead, Wallasey, Crosby and Bebington.  However, as Poole recounts, ‘… it takes a long time for major developments in voluntary social service to come to maturity’ and the decisive step of a name change did not take place before outbreak of War closed down such discussions.

Notwithstanding the difficulties of LCSS, ‘[o]ne new organisation which did get going in 1938 in spite of the imminence of war, and which survived, was the Merseyside Civic Society.’ Poole places the point of origin ‘[a]t the [LCSS] Council’s annual meeting on 1st February, 1937, [where] the speakers were Professor Thomas Bodkin [2] and Major Clough Williams Ellis.’[3]  (Figs. 1 and 2) 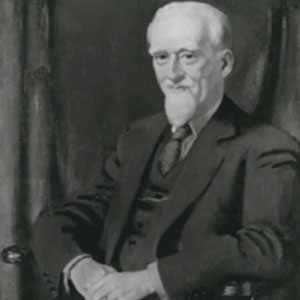 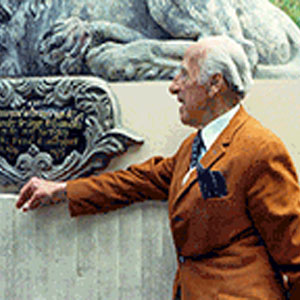 The two speakers ‘took as their title “The Need for Beauty in Everyday Life”.  They must have delivered quite inspirational speeches, because Poole continues ‘[t]his gave rise to the formation of the Merseyside Civic Society, founded at an inaugural meeting on 26 April, 1938, with broad objects, namely:

‘To stimulate civic interest and responsibility by increasing and developing the public amenities of Merseyside, and to preserve buildings and monuments of historic or artistic worth or places of natural beauty’   (Poole, 1960, pp. 61-2).

However, such themes were not new and the new Society did not begin without an inheritance from earlier initiatives. ‘The Need for Beauty in Everyday Life’ theme of the talks at the LCSS annual meeting could almost be read as the motto of the Kyrle Society (‘To Bring Beauty Home to the People’), which had been founded by Miranda Hill (Fig. 3)[4] in London in 1876.  The Liverpool Kyrle Society was established in 1880/81.[5]  It quickly established an active presence campaigning against poor air quality, and, to bring trees to the city’s streets and ‘pocket’ gardens to disused churchyards and small pieces of unused land.  This concern for open spaces continued and by the turn of the century its interests had expanded to include parks, boulevards and supporting the acquisition of Bidston Hill to prevent it from being developed.[6] 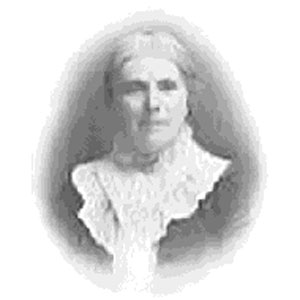 In 1909 – the same year as the foundation of the LCSS itself — the Open Spaces branch of the Liverpool Kyrle Society came together with two other existing local societies as a new, consolidated body: the ‘Liverpool City Guild’. The other contributing societies were the Trees Preservation and Open Spaces Society and the City Beautiful Society. The latter had been founded only three years earlier by Charles Riley (Fig. 4) and others [7] and had organised a Conference at Liverpool Town Hall on 27-28 June 1907.[8] 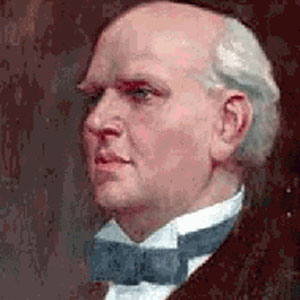 From the nature of the title of the two talks at the LCSS annual meeting in 1937, it would seem that the early concerns of the three societies and the City Guild had become rather lost by the late 1930s.  The time was not only ripe for their renewal and updating as well as their extension beyond the city’s boundaries to the wider regional area.  The Liverpool City Guild itself thus became merged into the newly emerging Merseyside Civic Society in 1938, which soon found itself facing the demanding challenges of the Second World War including stimulating ideas for postwar reconstruction.

[1] Reg Poole was Secretary of the LCSS at the time of writing.

[2] Bodkin (1887-1961) was a former director of the National Gallery of Ireland and was currently director of the Barber Institute and professor of fine art at the University of Birmingham.

[3] [Sir] Clough Williams Ellis, CBE (1883-1978) was an architect and the developer of Portmeirion; he was also passionate about landscape protection, a president of the Landscape Institute and a founder member of both the CPRE and the CPRW.

[4] Miranda Hill (1836-1910), elder sister of Octavia Hill (pioneer of social housing management and a co-founder of the National Trust) and a teacher, founded the Kyrle Society.  The Society was named after Pope’s ‘Man of Ross (John Kyrle of Ross-on-Wye, a 17/18 century local philanthropist); Octavia was the Kyrle Society’s Treasurer.

[5] The Liverpool Mercury (1 December 1881) report of the Society’s first annual meeting, noted that its consisted of three departments: “the decorative, musical, and dramatic.”  “The society was anxious to undertake a new branch, the preservation and beautifying of open spaces in the city.”

[7] [Sir] Charles Reilly (1874-1948), was Roscoe Professor of Architecture at the University of Liverpool and promoter of the first university department of civic design (also founded in 1909).  The Beautiful Warrington Society had been founded earlier in 1905.

[8] William E. Willinck, a local architect in practice with P. C. Thicknesse, was also voted onto the Society’s executive; the firm together with Arthur J. Davies later designed the Cunard Building [1914-16], demonstrating ‘a decisive shift away from Baroque exuberance towards a cooler, more restrained classicism’ (Sharples, 2004, 30).