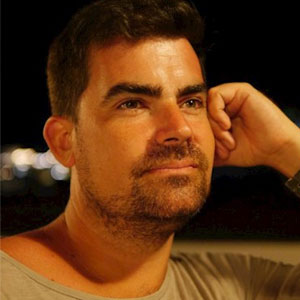 Gavin was born and raised in South Yorkshire but considers he really “grew up” as a student in Liverpool in the early 1990s. After graduation he moved away, working as a designer and producer in the creative industries before working on the delivery of a number of high profile heritage projects for regional and national organisations from Durham to Devon and London to Liverpool. These have embraced cultural and intangible heritage, historic buildings and the built environment and the interrogation of historic archives. It had always been an ambition to return to his favourite city, and in 2016 Gavin was appointed as project lead for the 300 year anniversary of central Liverpool’s most iconic building: Bluecoat.

Returning to South Liverpool to raise a young family in a Grade II listed house, he has a heartfelt passion for the city, its institutions and its built heritage, from the grandiose to the most mundane. In the past few years he has worked with partners from the British Library, National Maritime Museum Greenwich, to NML and University of Liverpool and advised on a number of funding applications for organisations large and small. He is always keen to share knowledge and strives to build bridges between organisations, firm in the belief that by working together we can do things better.

Links with other civic socs. and with other related bodies such as Civic Voice 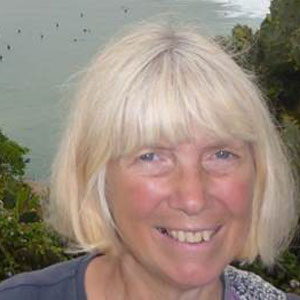 Former Head of Visitor Economy Development at Liverpool City Region Local Enterprise Partnership, I am now semi-retired and a part time Tourism and Heritage Consultant. I have spent most of my career working in tourism in Liverpool and know the Liverpool City Region’s Visitor Economy inside out. I’ve been closely associated with all the key tourism initiatives in the city over the last 30 years from the International Garden Festival in the 80’s to European Capital of Culture in 2008.

After graduating in Modern Languages, I joined the English Tourist Board in London with several marketing, research and development roles including periods working for Regional Tourist Boards in the East Midlands and the West Country and for the British Tourist Authority in Los Angeles. I came to Liverpool in the late 70’s for three months to help shape the visitor experience at the Merseyside Maritime Museum, fell in love with the city and never left!

I helped set up the new tourism unit at Merseyside County Council, continuing in both marketing and development roles over the next 10 years. From 1992 to 1998, I established and ran the Merseyside Tourism & Conference Bureau which merged in 1998 with inward investment agency, The Mersey Partnership, which became the Liverpool LEP in 2012.

I am hugely proud of Liverpool and the wider City Region and my passion is heritage and culture and finding exciting new uses for some of our historic buildings. I sat on the World Heritage Site Management Group for many years and recruited and trained several generations of Blue Badge guides.

I am a Trustee of the Sefton Park Palm House. 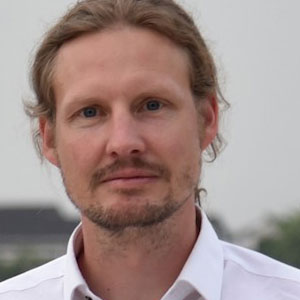 Sebastian is a Lecturer in Planning at the University of Liverpool since 2014. He is a recognised expert on the urban transformation processes and city regions and comparative planning research. Sebastian obtained his PhD from the University of Amsterdam in the Netherlands and graduated with a degree in Planning at TU Dortmund University, Germany. His research has been published in leading academic journals. He has also worked with researchers on the publication of a large research project on urbanisation in the Netherlands (in Dutch).

Within the Civic Society, Sebastian contributes with his international planning and design experience and, as a Wirral resident, provides a wider city region perspective. He also champions sustainable and active transport as well as promoting good urban design. Sebastian is also a trustee of the German Church Liverpool. Liverpool City Region is a wonderful place to live and work in and I hope that my work for the Society can help make it even better. 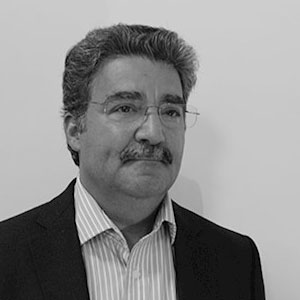 Professor Erik Bichard is Director and co-founder of RealWorth, a pioneering consultancy which advises on the value of social and environmental change in the built environment.

He has spent his entire career in the field of sustainable change. He first served as an Environmental Planner and then held positions with two sustainability consultancies; Entec and ERM. He was then Executive Director of the Co-operative Bank inspired National Centre for Business & Sustainability and later also became Chief Executive of Sustainability Northwest. Erik subsequently became Professor of Regeneration and Sustainable Development at the University of Salford where he still teaches on a part-time basis. During his time as a full-time academic his research focused on the development and implementation of an approach called Sustainable Return on Investment or SuROI. The approach uses a range of valuation techniques and interviewing methods to generate a better understanding of the real value of development, and in particular, impacts that benefits a wider range of people who experience its influences.

Erik is a is a member of the Royal Town Planning Institute, and a Fellow of the RSA. He is a regular contributor to printed media, radio and television and has published academic papers, book chapters and two books including ‘Positively Responsible’ and ‘The Coming of Age of the Green Community’. Erik serves on the Councils of both Social Value UK and Merseyside Civic Society and has been a sustainability advisor to Co-operatives UK and Liverpool City Council. He is a trustee and Board member of the social enterprise, the FRC Group and is also a Visiting Professor at the University of Derby, and a Visiting Fellow of the University of Liverpool’s Heseltine Institute. 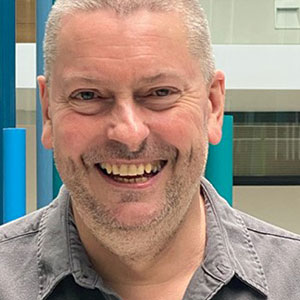 Dave moved to the Liverpool Waterfront 7 years ago, to be nearer to his partner and as part of a 50th Birthday mid-life crisis. By birth, he is a Stoke bloke.

Dave is Managing Director/Partner of Urban Vision Enterprise CIC and a Director/Partner of D2H Land Planning Development. He is also Chair of the Board of the National Planning Forum, a High Street Task Force Expert, an Associate of the Consultation Institute and a Design Council Built Environment Expert. Former roles include Head of Planning Aid England, Chair of the Institute of Historic Building Conservation and Chair of the Historic Towns Forum. He has authored numerous guides to planning, development, heritage and regeneration and drafted parts of BS7913. Dave thinks that planning should be a creative, participatory, placemaking activity. 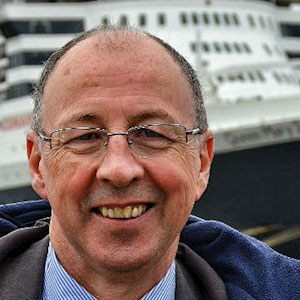 Peter Elson grew up on Merseyside and has had a life-long passion for Liverpool, its buildings and maritime history. After a career in national and regional journalism around the UK, he returned to work on the Liverpool Daily Post & Echo for 17 years. While there he ran the successful Get On Board campaign for cruises to start and end at Liverpool Cruise Terminal (previously only transit calls were allowed); the National Trust’s acquisition and restoration of Edward Chambre Hardman’s studio home and 120,000 photo collection; and the donation of Liverpool novelist and Cruel Sea author Nicholas Monsarrat’s Archive to the Liverpool Athenaeum Club, from his Malta home.

Following jobs in public relations and as a city guide, he is now at Liverpool Blue Coat School and has overseen the restoration of its rare and historic Father Willis pipe organ. Using this organ and the School Chapel’s Walker organ (yes, they’ve got two!), he has launched the Blue Coat Organ Scholarship in partnership with Liverpool’s Anglican and Metropolitan cathedrals to create an organ scholarship unsurpassed outside London.

He still seethes with frustration at failed campaigns by himself and former MCS council member Jonathan Brown to save the Futurist Cinema, Lime Street, and the former Royal Mersey Yacht Club, Duke Street, but realises that there’s still plenty more distressed old buildings out there needing help.

To be found wandering around Merseyside. Feel blessed to live in this region of the earth with World class architecture and flora.
I enjoy teaching out and about in the community reaching people returning to education. 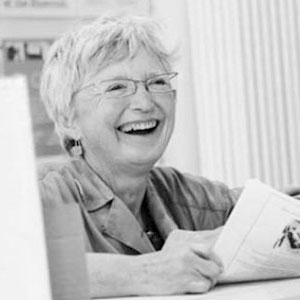 Jean Grant is an Artist with an interest in developing sustainable relationships between people and their environment; how we creatively make home.

She has developed projects in UK, Europe and USA.

She is funded by the Arts Council and Heritage Lottery. Local councils and businesses and directly with residents. She acts as Consultant, Creator and project manager for public realm work and creative consultation projects

Recently her own projects are based at home in Liverpool, she encourages residents to talk about their spaces and making them into positive creative places. . As part of her interest in improving the ability of residents to be heard she founded Growing Granby a Liverpool urban agriculture project and Friends of Princes Park, Paxton’s first park outside Chatsworth, also an annual event for residents to discuss the State of their City of Liverpool, she is involved as Creative Consultant to Liverpool 8 Living Sustainably a 5 year Lottery Award project 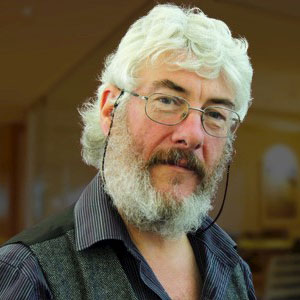 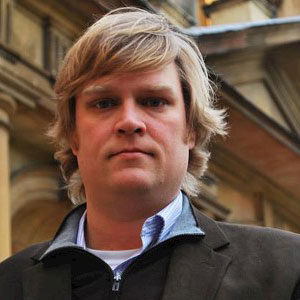 Eric Lybeck is a Presidential Fellow at the Manchester Institute of Education at the University of Manchester, but a resident of Liverpool since January 2020. An American expat in Britain since 2011, to pursue a doctorate at Cambridge, Eric has always had a keen interest in heritage and history. His research in historical sociology has led to a new perspective on the role of universities and academics in society. In 2016, he founded and continues to edit the journal ‘Civic Sociology’ which seeks to draw social scientists into engagement with local communities and regional problems. In 2019, he won the Bennett Prospect Policy Prize competition for his plan to encourage redistribution of the knowledge economy to so-called ‘left behind’ areas and is currently working in Liverpool to develop co-working and cooperative housing developments for academics, professionals and craftspeople across the region. 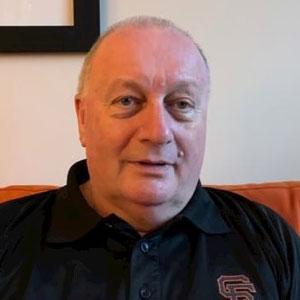 I retired from a Primary School teaching career three years ago. As those who have retired will realise, I now wonder how I fitted in everything else I do as well as dealing with the full time job.

It was early in my teaching career that I was shocked to realise that many of the ten year olds in my class had never been outside Old Swan and knew nothing about their own city. I therefore set out to include a module on Liverpool in the class curriculum, even fitting in a tour of the city centre for every class. My teaching assistants loved it. Poor Brenda’s husband was dragged into town on the weekend following the trip to learn more stuff. I feel that education for our children about their local environment should be a priority.
Having retired, I now own my first ever two dogs. Daily walks have led to me begin to thoroughly investigate my own local area of Aigburth and Mossley Hill. How little I knew; being a medievalist I have only just begun to understand and respect the Victorian and Edwardian eras. Despite having been a member of Mossley Hill Residents’ Association for the past eight years and Honorary Secretary for six of those years, it is only recently that I have begun to appreciate what we have, and, as importantly, what we have lost. I am therefore, with the help of Harvey and Henry (and quite often the lovely Gill) investigating the buildings and people, above and below stairs, that have survived or are gone. This research turned into a members’ walk of the local area, attracting fifty participants. Having degrees in both law and history, I went back last year to study Liverpool architecture and even developed a grudging respect for brutalism.

I believe that you only live one life. So you should live it to the full. I fervently want people to know about their local areas, so preserving and promoting the history of where they live has to be a priority. 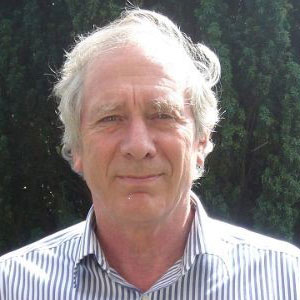 30 years as a Heritage Manager with experience of writing successful funding bids. Eileen aims to include the Wirral in the MCS, and believes we can use our collective experience with many other Civic Societies to inform.